Thanksgiving Day is filled with everyone’s favorite three F’s Food, Family and Football. This year’s Turkey Bowls are primed to have all the fixings to fill us up for the holidays.

There’s just something about Thanksgiving and football that go together and this year’s NFL schedule is stacked with breaking points. With playoffs just around the corner, the menu of games on Thursday will be very satisfying; here is a ranking of those games with some Thanksgiving favorites. 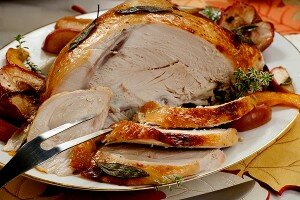 In Thanksgiving fashion the Detroit Lions (3-7) will be playing host, but this time to the Philadelphia Eagles.

The Eagles are in a tough place this week as an organization and are desperate for a win.

Despite their most recent loss to Tampa Bay they still rank 8th in total offense in the NFL. Sam Bradford returned to practice this week coming back from shoulder injury and concussion.

Mark Sanchez was 26 for 41 with 261 yards 2 touchdowns and 3 interceptions Sunday against Buccaneers. Sanchez will be ready to play against the Lions whose secondary is tied for last in the league for interceptions.

DeMarco Murray and Ryan Mathews have combined for 942 rushing yards. Considering Detroit is ranked 24th in the league against the run, they should be able to carry the load for the Philadelphia offense.

Matthew Stafford has 2,607 passing yards on the year but continues to struggle protecting the football with 12 interceptions

The Lions have the 32nd ranked rushing offense in the NFL. Calvin Johnson and Golden Tate should have a tough day against coverage Thursday with no run threat.

Thanksgiving No. 3 Favorite: Turkey and Gravy- the grand stage of the dinner, the one thing most of us wait all year to have on Thanksgiving. 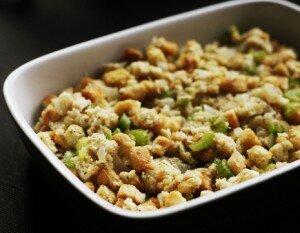 Aaron Rodgers has a 61.7 completion percentage with 23 Touchdowns to his only three interceptions. He is going to have a challenge against the stingy Bears defense, only allowing 217.2 passing yards per game.

Eddie Lacy is finally looking back to his form with 22 carries for 100 yards last week. This will prove important with Chicago ranked 24th in the league against the run.

Bears QB Jay Cutler is having a good season with 2310 yards and 13 touchdowns considering he is missing a lot of his offense due to injuries.

Jeremy Langford did a good job filling in for Matt Forte with 63 carries for 216 yards and 3 touchdowns as well as 13 receptions for 196 yards. Forte is a lock to play for the first time in four weeks against the Packers 20th ranked defense, led by Ha Ha Clinton Dix with 72 tackles on the year. Receiver Alshon Jeffery is looking to make his return to the field but will be a game time decision for the Bears.

Chicago is ranked 3rd in the NFC North. A loss to the Packers Thursday, and their playoff run is over, so they are in a must win against a division rival. Meanwhile, Green Bay needs to continue to find their rhythm to stay on top of the NFC North.

Thanksgiving No. 2 Favorite: Stuffing- there are so many variations at one dinner it has to be on the list. A Thanksgiving must. 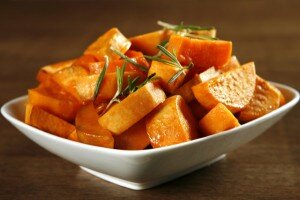 The Dallas Cowboys (3-7) welcome The Carolina Panthers (10-0) to Texas in the Turkey Bowl of the day.

The Panthers have an MVP candidate in Cam Newton this year and he is leading this exciting team right into the playoffs with an outstanding defense.

Newton’s offense ranks third in scoring and 15th in total yards in the league. They could still find some trouble however, going against a very aggressive Dallas Defense. The Panthers are giving up 322.8 total yards per game, making them very hard to beat, hence their undefeated record.

Tony Romo is back for his second consecutive start, coming off of a 227-yard two-touchdown performance last week. With Romo and Dez Bryant back from injury, the Dallas offense is going to continue to excel. Darren McFadden has been another good spark for the team with 623 rushing yards on the year.

Carolina’s emerging star at cornerback, Josh Norman, going against Bryant is going to be a show to watch on Thursday afternoon.

Carolina is facing a lot of pressure to staying undefeated and keeping the No. 1 seed in the NFC.

Dallas is in a spot to still make the playoffs. The Giants are only 5-5 and lead the division. Dallas has two more games against division opponents. If Bryant and Romo can lead this team to some wins they can make some playoff noise.

Thanksgiving No. 1 Favorite: Sweet Potato: It’s a great mixture of sweet and salty. It’s the topper for all the other vegetables.