The NFL Combine is around the corner so it is time we take a look at the top players at each position. In this article, After Overtime highlights the top ten wide receivers in the class of 2017. 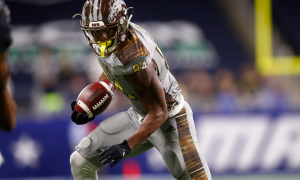 Davis enters this year’s draft as possibly the most polished of all receivers. During his four-year reign at Western Michigan he tallied up 331 receptions, 5,285 receiving yards and 52 touchdowns. Davis possesses an NFL ready physique with the ever sought after combination of size, speed, strength, and athleticism. Davis’s has a physical/athletic route running style with a smooth release off the line and terrific burst/acceleration when coming out of his breaks while displaying his skill of working aggressively back to the ball rather than sitting and waiting for it.  He uses his muscular athletic frame to quickly regain balance and accelerate after making catches while using some deceptive shiftiness to make defenders miss. Davis has the route-running and ball skills to become a  star in the league and his work ethic, toughness, and competitiveness separates him from the rest and should make him the first receiver to go in this class. 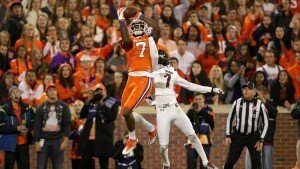 The Clemson Tigers Mike Williams follows his former tigers DeAndre Hopkins and Sammy Watkins as the next great Clemson wide out to make a splash in the NFL. This past season he racked up 1,361 receiving yards which is 3rd best in Clemson history right behind Hopkins and Watkins. With his elite size, body control, and jump ball ability, no other receiver in this year’s class can compare to Williams in contested catches. He uses his hands well to create late separation on vertical throws and his large frame to box out the typically smaller defensive backs for jump balls. With Long arms and great hands Williams consistently goes up and catches throws at their highest point. Look for Williams to be a big-time goal line threat and a nightmare for DB’s to cover on the back-shoulder fade. 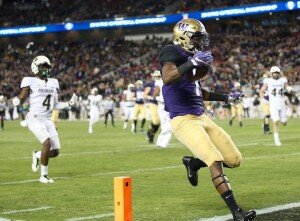 The Pac 12 was hit by a 5’10 190-pound lightning bolt this year going by the name of John Ross. Ross is quite possibly the most electric overall player in this year’s draft. Ross has the deadly combination of elite quickness and Blazing top end speed to shake defenders off the line and take the top off of defenses vertically. His jukes and elite sudden change of direction leave defenders grasping at nothing but air after the catch. He’s also Polished as a route runner for only being a one year starter. With the speed and elusiveness he possesses he can be a very productive return man as well.  His smaller frame as well as a knee injury that kept him sidelined for all of 2015 could cause some teams to be hesitant on him, but how could you pass on the next possible X factor? 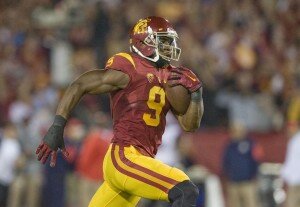 Coming out of high school as a 5-star recruit Smith Schuster lived up to the hype surrounding him as one of if not the top receiver in the nation. Shuster has a large muscular frame making him incredibly difficult for DB’s in press coverage. Although lacking elite top end speed, he shows smooth route running with tremendous hand strength and athleticism to box out defenders on contested throws. With his competitive nature and physical strength, he is also a very solid blocker and not afraid to lay his body out to help.  He’s not going to beat many NFL corners in a footrace but with his terrific strength, route running and athleticism he should end up as a solid possession receiver at the next level. 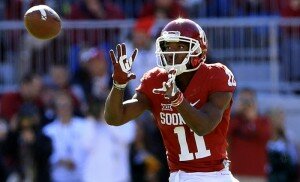 Dede Westbrooks senior season was nothing short of amazing. First team All-American, Heisman trophy finalist, and Biletnikoff winner (nations best wide receiver) are accolades that tell you he is a special player. Westbrook showed that he is a home run hitter in the vertical passing game, something his 12 touchdowns of 40+ yards in 2016 can attest to. A consistent and fluid route runner Westbrook utilizes his ability to suddenly stop and start instantly to make DB’s regularly bite on double moves. Westbrooks downside seems to be his lack of physical strength and skinny body type leaving questions about possible injury, toughness and ability to get off press coverage. Although Westbrook lacks the size and strength scouts are looking for, he tends to play bigger than he is by winning contested balls and showing he’s not afraid to lay out and throw blocks downfield for his teammates. He is very elusive with great field awareness, vision and the ability to make defenders miss in the open field which could make him very dangerous in the return game.

Kupp dominated at the FCS level setting some impressive records along the way. The four time FCS All-American ended his career as the all-time NCAA (FCS and FBS) record holder in total receiving yards (6,464), FCS receptions (428), and FCS receiving touchdowns (73). Kupp is an elite route runner using a multitude of different jab steps, head fakes and hand moves to beat defenders. Lacking great speed, Kupp plays as a savvy receiver using great technique on routes and releases smooth natural catcher of the football utilizing soft hands with strong fingers and shows great concentration, never taking his eyes off the ball in anticipation of running after the catch. Although he lacks the speed that scouts drool over, he has fantastic field vision and uses his stiff arm and deceptive cutting ability to shake off tacklers. The slot position is where Kupp will shine at the next level with his incredible football IQ, route running ability, and top notch pass catching. 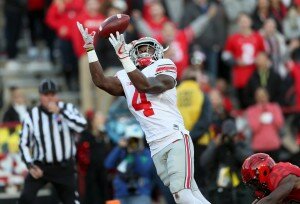 It has been some years since we have seen a player with the dynamic game changing abilities that Percy Harvin possessed. Until now. Samuel creates mismatch problems for defenses since he can virtually line up at any of the skill positions on the field and be deadly. His burst off the line is second to none and is almost impossible to stop in the open field with his elite speed and elusiveness.  We won’t see Samuel line up as a number one receiver however due to his lack of size and strength as well as not being very polished with his route running.  The slot is where he will make a home for himself, as well as coming out of the backfield on swing passes, screens and sweeps. Samuel has the potential to change the game in the blink of an eye and can make an immediate impact in the right system. 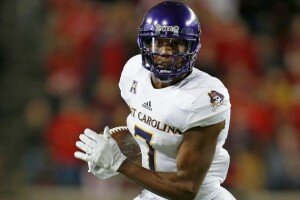 Before this year’s past Senior Bowl Zay Jones was a relative unknown prospect out of small time D-1 school ECU. Going against some very good competition on national television jones shined showing Phenomenal pass catching ability with strong yet soft hands, great body control, and a knack for making the big play. Jones set the all-time NCAA single season receptions record (158) as well as all-time career receptions record (399). He won’t dazzle you with blazing speed but his tough, physical play paired with his ability to get open and catch just about anything should make him a reliable target for NFL quarterbacks. 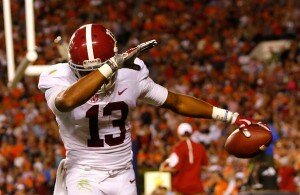 ArDarius Stewart possesses dynamic playmaking ability when the ball is in his hands. He becomes a dual threat as a runner on reverses and outside zone plays. Stewart can turn swing/screen passes into huge gains with good ball carrier vision and instant acceleration. Explosive in the return game with acceleration and his ability to read blocks, once his shoulders are square and turned up field he is very difficult to catch. He shows terrific balance on his feet when defenders give a pop but don’t wrap up. He forces all aspects of defenses to key in on him because of his dual threat dynamic nature. Playing for a heavy run school like Alabama didn’t help Stewart out as a route runner as he is not very polished but can develop quickly under the right tutelage. He creates many mismatches with his ability to line up and excel at different positions. He runs with natural fluid strides like a polished track star and has the ability to hit a homerun from multiple positions. 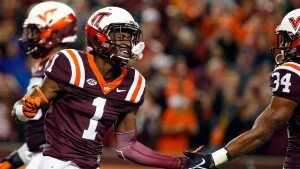 Ford is the only player in Hokie history to surpass 1,000 receiving yards in a season and he did it twice. He is the all-time leading receiver in school history and for good reason. With his quick feet and great moves off the line, he proves extremely difficult for corners to get a finger on in press. Once he gets by he has smooth acceleration and fantastic top end speed which makes him deadly with double moves. Ford has the uncanny ability to make incredibly difficult catches with insane body control midair. The fact that he is so quick with his feet off the line could prove to actually be a hindrance moving forward as he tends to rely solely on his quickness and move set to get by defenders at the collegiate level. Ford has the speed, quickness and explosiveness to be a big play maker at all times but needs work on his strength and hand moves to beat press and become a more complete receiver in the NFL.